A Mustache Wax That Works

In all seriousness, I did actually like the way it looked, but finding a wax that worked was challenging.  Prior to yesterday, I only had one that barely worked.  These things can be expensive too, but like everything else in life, you get what you pay for. 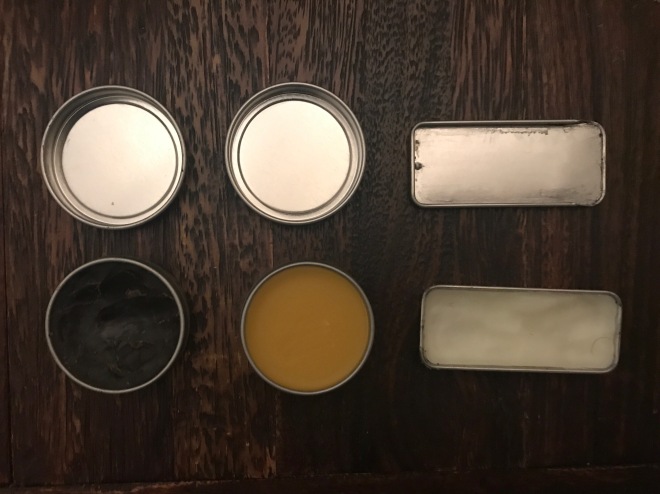 The first wax I ever ordered was “Fisticuffs Mustache Wax” on Amazon.  It was listed as a “Best Seller” and was $8.99.  It had decent reviews, but I still didn’t know what to expect.  When it arrived, I was happy with how it smelled, almost like a tea tree oil of sorts.  The wax was not at all thick or difficult to remove from the tin.  Minutes after I applied it, I knew it wasn’t going to stand a chance against my thick facial hair.  I also hated how it made my mustache look a little pasty.  This wax would be great for a dude with a gentle, blonde, pube-stache.

Frustrated, I did a little more research.  The next wax I tried was “Firehouse Mustache Wax“, which sold for $19.99 and was Amazon’s “Best Choice.”  This wax was way thicker.  The tin said “tacky” which was accurate.  It was a lot more difficult to remove from the tin, which gave me high hopes that it would work.  The wax didn’t seem to have an intentional smell to it.  It almost smelled like “Black Salve”, that stuff you use to extract splinters.  The hold it gave was decent.  I could get a good hold from it for about an hour.  I still wasn’t super happy with it, but I was starting to think that this would be as strong as it would get.

Last night, I went to the mall with my wife.  As she waited in line for our delicious latte beverages, I walked into “The Art of Shaving.”  This store was pretty awesome, full of expensive men’s products.  It wasn’t just shaving stuff, they had skincare stuff, and I think some hair products.  I took a look at the wall of wax, and decided to ask the shaving genius for his opinion on my situation.  He suggested “Can You Handlebar – Secondary.”  He opened the tin and showed me how dense it was due to the amount of bee’s wax used.  It was so thick and hard to remove from the tin, that I just knew it was going to be the one for me.  At $20.00, I was sold.  This has a similar smell to the Firehouse Wax, but not as strong.  The hold is very good, and I highly suggest you go with this if you have a super thick mustache.  The best part is that it’s only $14.99 on Amazon.